We're open 24/7 and ready to help you during COVID-19 with Sanitization Solutions.

Published by SEO on September 3, 2021 in category: Uncategorized 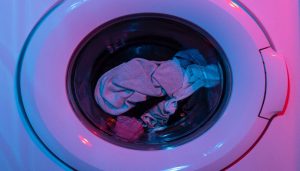 Handling the washing machines carelessly is one of the primary causes of water damage in households, usually costing around $5,300 and almost $150 million in flood damage in the United States every year. Consider all of the moving parts and the millions of times the tub will spin during its lifetime in your home, as well as the thousands of gallons of water it consumes each year. That means you should keep a tight eye on your laundry area to prevent any mishap.

But the good news is that you don’t have to be a rocket scientist or an appliance repair person to decrease the chance of water damage from your washing machine in your home. Take a few moments to read through this easy checklist of dos and don’ts for preventing the washing machine from overflowing. You won’t just be saving your washing machine, but your entire house, and most of all, your wallet!

Monthly inspection of the hoses is an excellent idea to prevent water damage. Verify all three options. When washing your clothes, be on the lookout for any small moisture that should be looked for, particularly at the connections. Take a close look at the tubing and look for any signs of deterioration, such as kinks.

If You Are Not Using the Water, Turn It Off!

There is a good reason why your washing machine’s instruction manual generally includes this information – because people usually don’t turn it off. This might create extra pressure on your pipes, resulting in leaks, bursts, or overflowing of the water. The valves should also be replaced if they are very old or difficult to turn, making shutting off the water much easier.

No Shipping Bolts – No Movements

Be sure to fix the shipping bolts that hold your washer’s internal moving parts steady during the moving process, whether you’re doing it yourself or employing a professional moving company. This might cause serious damage to the machine and leaks if you move the machine without the bolts.

Washing machine leaks can be caused by a variety of factors, some of which can be identified before the water enters. Give your hot and cold water fill hoses a quick visual check for leaks every few loads. It’s also not a bad idea to periodically run your fingers along the length of the hoses, just to make sure there isn’t a tiny hole beginning to develop with a droplet of water that could turn from a slow leak into a major flooding nightmare if the hose fails. Keep an eye out for rotted gaskets inside the heads.

Make Sure the Washer’s Seal Is Intact

Check to make sure the rubber seals on your front-loader aren’t leaking over time. A washing machine overflow is much worse than this.

Putting too much weight in your washer’s tub might put additional strain on the engine and other mechanical parts, which can lead to internal leaks and flooding. As a result, if you try to be more efficient by performing larger loads, you may end up with a higher headache and flood cleanup repair bill in the long run, as well as the cost of replacing your machine sooner than you should have had to!

Place a Pan Under the Washing Machine

Keep the washing machine in a pan as a precaution against minor leaks. You can purchase a plastic or a stainless steel pan from any of the local stores and place it under the washing machine. Be aware that this is a temporary solution and won’t rescue you from the overflowing, but it will allow you to spot a slow leak before it grows into a severe flooding issue.

Stainless steel braided hoses may seem more expensive simply because they look nicer than rubber hoses, but they’re much more than just a pretty face! Due to their steel braid, these hoses are significantly less likely to rupture. Even though they are still relatively inexpensive, they are a minor investment that will pay for itself in the long run.

To minimize costly damage from hose bursts, install an emergency shutoff kit. In the case of a hose leak or break, the sensor will sound an alarm and shut off the water supply. These gadgets could save you a great deal of money in the long term because they are relatively inexpensive. It is wise to periodically keep a check and make sure they are working properly.

Washing machine overflowing can be prevented with these tips, but you should still be prepared. If your washing machine hose bursts unexpectedly, or if you simply want qualified professionals to inspect and repair your hoses for you, it’s best to call a professional to handle the water damage restoration process.